The Landing stages were 70ft long and 60ft wide, 6’ 6” depth total weight 270tons. They rested on 4 bogies, 8 steel wheels on each bogie. On the deck were shelters and the “usual offices” (toilets). Bollards were installed for the ferry mooring. There is a rumour of a landing stage floating off its rails due to “ carelessness of one of the servants of the company” and that stays were later fitted to stop a repeat of this. The actual facts were, that one night in November 1892, after the end of the service, a worker drew the landing stage up the slipway too fast and it derailed and floated. Considerable damage was done to the wheels and underside of the stage. “Automatic arrangements” were put in place to prevent this happening again.

The platforms rode on rails down to the landing stage.

The travelling platforms were 60ft long and 23ft wide, 2’7” depth and made of all steel body and a total weight of 125 tons. Within the construction there were 15 watertight bulkheads. The decks were creosoted Memel timbers and covered with block paving. Tram rails were laid into these for the transportation of railway wagons. Each carriage ran on 24 steel wheels. It was designed that if the carriage should come off the rails it would be able to float with 50 tons of traffic. 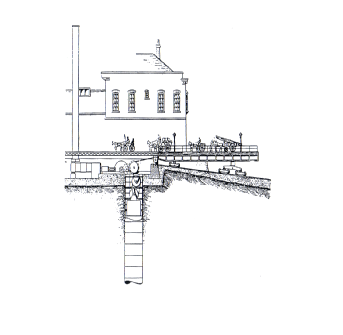 Artist’s impression of the approaches, buildings and moving platform 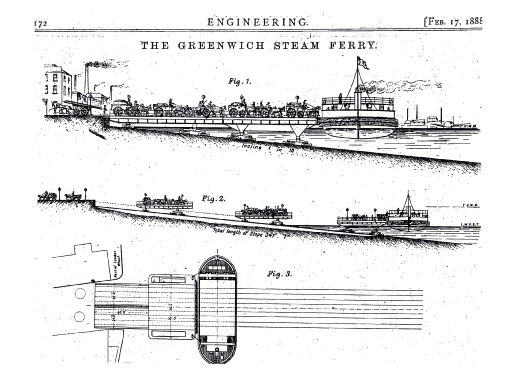 Artist’s impression of the ferry, pontoons and ramps

This was 348ft long, sloping at an incline of 1 in 10. It was formed of a bed of concrete 50ft wide and a minimum  of 3ft thick with footing of 5ft where it is below waterline.

Four lines of rails run on the slipway 4’ 8 ½” with 11’ 3” centres on transverse sleepers bolted onto wrought iron longitudinals. This is embedded in the concrete so all that shows are the rails. The rails were profiled as per tram tracks. 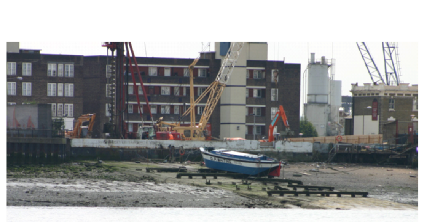 Views of the north and south slipways which survive. 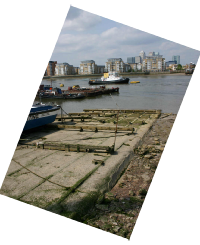 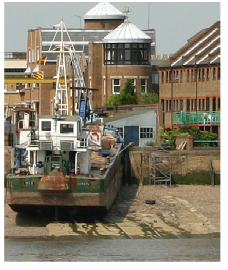 The roadway was 53ft wide and ended in an abutment wall. This roadway was built on top of the winding mechanism. The roof of the winding chamber, or roadway was of profiled steel girders onto which was laid creosoted wooden blocks, into this was laid rail for the transportation of wagons.

The approaches were 5’6” above Trinity High Water Mark. 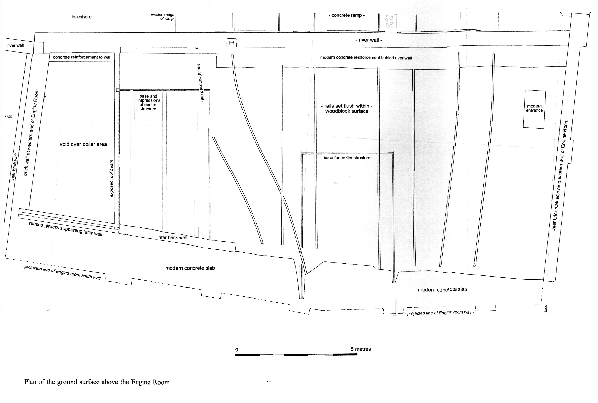