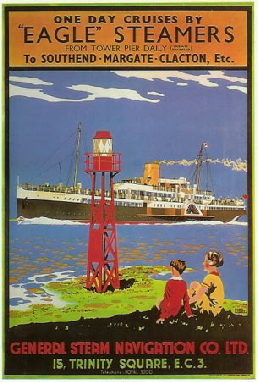 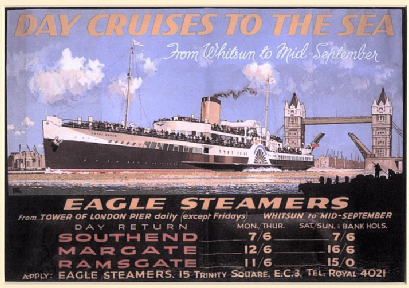 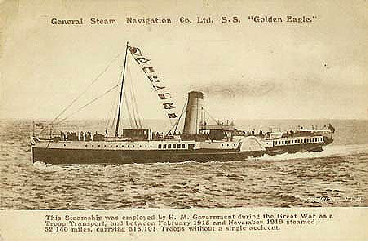 Golden Eagle built in 1909 by John Brown, Clydeside. GSN first excursion steamer to use a triple expansion engine on the Thames. In WW1 she was used as a transport ship on the English Channel carrying 518,000 troops.

After the war she returned to service on the North Kent run to Ramsgate and Mar­gate and occasionally to Boulogne and in 1934 she was converted to oil fired boil­ers. 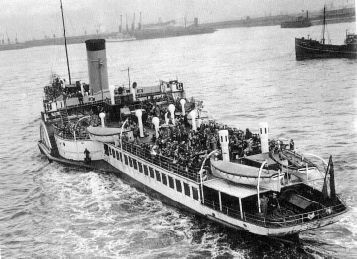 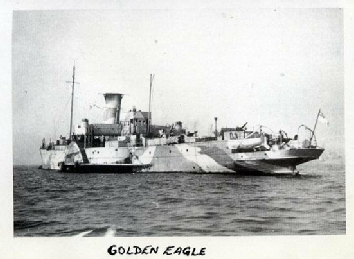 The Golden Eagle was based at Sheerness at the beginning of World War II and made several crossings to Dunkirk for the evacuations at the end of May 1940, sav­ing 2,000 lives. She also ferried evacuated children, as the picture above shows. She returned to civilian cruising in 1947, but remained on station for only three years on the London, Southend and Margate service and was scrapped at Grays in 1951. 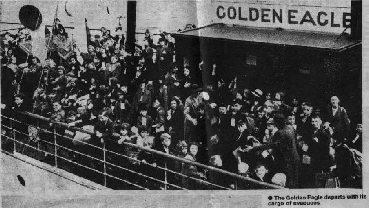 Golden Eagle evacuating schoolchildren in the Second World War. The picture is taken from a press cutting at the time. 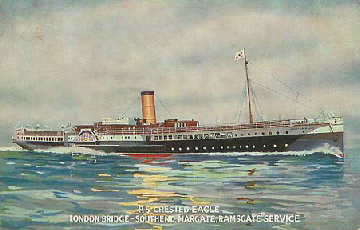 Crested Eagle She was built in 1925 by Whites of Cowes and had triple expansion engines. Oiled fired and the largest vessel so far being 229 ft in length. 1110 GRT.

By now the company had almost exclusive domination of the Thames estuary. She was used on the London Ramsgate run, and had a telescopic funnel so she could use Old Swan Pier. She was the first boat to be built for oil burning. In 1932 she was transferred to the London Felixstowe service.

Royal Sovereign As owned by GSN in 1929. She was built by Fairfields of Govern in 1893 with compound diagonal engines. 891 GRT. Originally owned Victoria Steamboat Association used on the North Kent run to rival the Belle steamers. In WW1 she was laid up. She was later sold on to Picard's Royal Sovereign Steamboat Co and remained on the North Kent run. In 1929 she was sold to GSN for one season and in 1930 scrapped by a Dutch breaker. 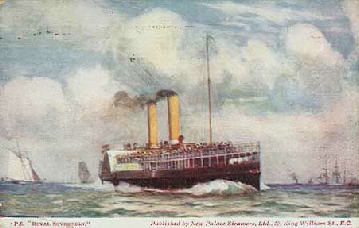 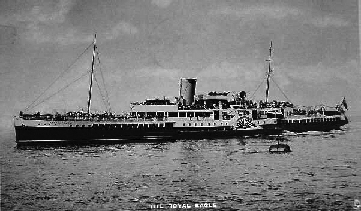 Royal Eagle  She was built in 1932 by Camel Laird at Birkenhead. 1539GRT. She had triple expansion engines.

Used on the London, Southend, Margate and Ramsgate service, she was one of the most luxurious boats ever built and had dining for 310 passengers and could carry 2000. She had 4 decks, including a sun deck. She was launched using a bottle of whisky, the first recorded time this had been done.

During WW2 she made 3 trips to Dunkirk and saved 3,000 lives. She was then con­verted to an anti aircraft vessel with the Thames Special Flotilla. The ship was noted for bringing down many enemy aircraft and six V1 flying bombs. She was one of the first ships to enter Antwerp in November 1944, and returned to service in 1946 and used on the Southend to Clacton service. She was withdrawn in 1950 and scrapped in 1953. 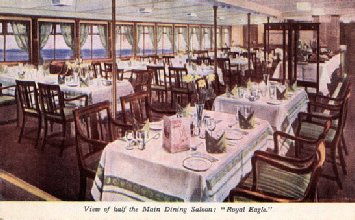 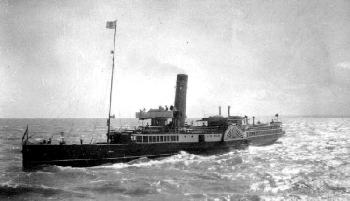 Isle of Aran    Built in 1882 by Seath at Rutherglen. With simple diagonal engines.

Originally used on the Aran Rothesay service, in 1934 she was purchased by the GSN for tripping to Herne Bay and Margate and twice a week for London Dock cruises. She was often used as a passenger rescue boat in case of breakdown of other vessels. In 1936 she was scrapped at Barrow. 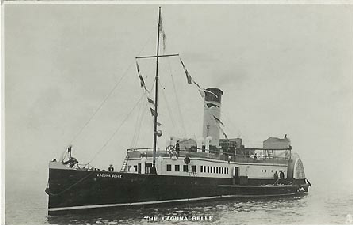 Lauguna Belle was built as Southend Belle in 1896 by Denny with triple expansion engines. 570GRT.

In 1936 she was bought in from the owner of Clacton pier, Mr Kingsman's PSM syn­dicate, who had taken it from the Woolwich and Clacton Company. She was re­named Laguna Belle and ran to Clacton for the General Steam Navigation Company In WW2 she took up minesweeping duties in late 1939 and was sent to Dover. She became an anti-aircraft vessel in 1942, an accommodation ship in 1943 and left British waters in October 1946, going to ship breakers in the Netherlands.