Rosherville, near Gravesend, was a very popular destination. It was a day or eve­ning trip where families could take tea, get fresh air and enjoy the hot houses and extensive gardens. 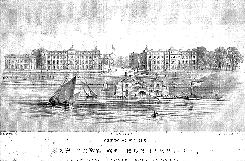 Built in 1865, she was the pride of the London Steamboat Company’s fleet. She was used on many auspicious occasions, in 1873 she ferried the Shah of Persia on a tour of West India Docks, in 1875 took the dignitaries to the foundation laying for the Rotherhithe hydraulic ferry. In October 1873 she was innocently involved in a tragedy when a waterman’s boat was ferrying workmen across the river in fog. The Railway ferry did not run from Woolwich to North Woolwich in fog and there was no foot tunnel, so a group of workmen from Beckton Gas Works and Henleys Cables paid a waterman 2d each to row them across.

A that time a workman would lose a days pay for being late or be sacked.

The boat got caught in the tide under the stern of the moored Princess Alice and capsized killing nine of the eleven passengers.

But Princes Alice’s job was mainly to take trippers to the many Victorian pleasure gardens that had sprang up close to the Thames. The biggest of these was the 22 acre gardens at Rosherville, near Gavesend.

It boasted a bear pit, maze, zoo, aviary and botanical gardens. Entrance to the gardens was 6d and for just 1/9 during the summer season the London Steamboat Company worked dawn to dusk ferrying Londoners to Rotherville.

Tuesday the 3rd of September 1878 looked liked being just a routine day for the Princess Alice and Captain William Grinstead. She left the Old Swan pier, London Bridge at 10-30am and called at Blackwall, North Woolwich, Rosherville and Gravesend on her way to Sheerness. 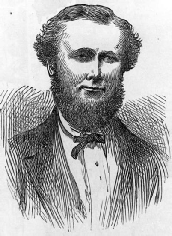 Now begins the start of the fateful train of events.

On the return journey, the helmsman, or steerer of the boat, a Mr Hogwood, decided he would like to stay in Gravesend, and a passenger John Eyres, who was an able seaman with no experience of navigating the Thames offered to stand in, with the approval of Captain Grinstead who paid him 4/-. Eyes had never steered a vessel as long as the 200ft Alice.

The steamer left Gravesend at 4-15pm and 652 adult tickets had been sold. This did not count the children who travelled free. In all about 750 passengers were on board.

It was a perfect late summer evening, the band played, people danced, sang and drank, just as they always did.

The boat made good time and reached Tripcocks point at 7-45pm. 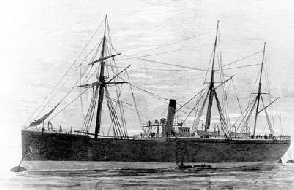 Meanwhile a 890 ton collier, the Bywell Castle had left Millwall Docks after a refit and carrying a load of ballast was on her journey home to Newcastle. The Bywell had a pilot on board who knew the Thames well. The two boats approached each other on the bend of Tripcocks point.

The crew on the collier's bridge saw the Princess Alice across the low headland as she rounded the point on their starboard hand, both vessels had there navigation lights on, so the paddler would at that moment be showing a red (port) light and they a green (starboard) navigation light to the other vessel. Although it was not obvious at that angle to guess which shore the paddler was navigating, the collier was mid river. Shipping was light and the river about half a mile wide just here; there appeared to be, and was, plenty of room for them to pass safely. The Bywell Castle's bridge party assumed at the time that the two vessels would pass according to the 'rule of the road' i.e.: on their starboard hand, that is pass port-side to port-side or as we would say on the road, drive on the right 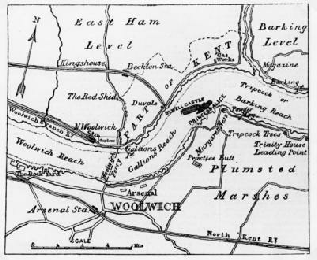 The Princess Alice continued to pass across the bow of the collier towards the Essex shore her correct station before straightening up into Galleons Reach. The speed of the vessels approaching each other was estimated at about 18knots (20 mph) now, being fairly close together, the vessels on there current courses would have passed safely and correctly port to port; but as she turned onto her new course the Princess Alice for some reason continued to swing back across the bow of the collier, many theories were given by survivors and others, but no one really knows why. It may be the tides at this point had caught her.

The Alice stopped her engines and sounded her whistle but the Bywell came looming down on her. There was no time to cut the life boats free before the Bywell sliced into the Princess Alice.

One witness said there was no shudder or shock; she just sliced into us like a fist through a band box.

The Alice split in two and the Bywell reversed out of her. The Bywell was able to save 50 passengers while many drowned in the murky waters between the Crossness outfall and the Becton outfall. Few could swim. One witness said it was something terrible to see 400 or 500 souls trying to get one rope. Small boats were sent out from the shore but could save only a few; the whole river was alive with heads. Eyres, the helmsman stepped on the Bywell as it ploughed into the Alice.

The Kent Coroner, Charles Carttar was notified and Plumstead workhouse mad 100 beds free for survivors. 640 bodies were dragged from the river in the days and weeks that followed

Multitudes tramped across the marshes and trod the river banks in ranks several rows deep. They stumbled on tussocks of grass and put their feet in holes but nothing deterred them in their efforts to approach the scene of the collision. On every side complaints were made of the activity of pickpockets. There were disgraceful scenes on the river as sensation seekers rowed up to the beached wreck and broke off pieces of wood as souvenirs; the original shock of the disaster was giving place to a holiday mood of curiosity and rapaciousness. Watermen, who were paid five shillings for every body recovered, fought each other for their macabre fishing rights.

Later at the inquest it was estimated that six out of every seven aboard had drowned within eight minutes of the collision taking place. A colossal loss of life estimated at an incredible six hundred and forty lives. (With additional passengers aboard the actual figure could only be an estimate) Tragically, the majority of the dead were women and children. 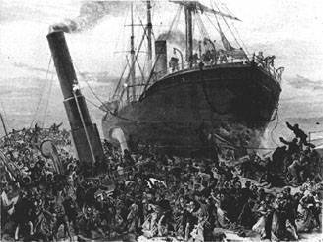 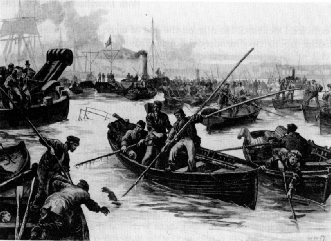 The boardroom of the Company Headquarters at Rolfs Wharf was turned into a morgue, each body given a number. There was never an accurate list of survivors as many just found their way home.

It was decreed that any bodies not claimed by Saturday 7th September would be buried by the parish and provision was made for this at Plumstead. Photos were taken of the dead with their identification number and the coffins so marked. The first burials took place the following Monday. The route was lined with 6000 spectators.

The cause of the accident was simple. There was no rule in law about how shops should pass, although an agreement and custom said port to port. It was usual on this part of the Thames to hug the shore but the Captain of the Bywell said that the Alice was Starbording and coming across her bows. The Alice had starboarded to pass another vessel when the Bywell came upon her. But why she swung back no one really knows.

At the inquest, the coroner blamed the Alice captain and the jury concurred 16 to 19, condemning the lack of lifeboats and under manning of crew and the amount of passengers squeezed on.

About 240 children lost at least one parent and a disaster fund was set up, making provision for orphans.

The Bywell Castle was sunk with all hands in the Bay of Biscay in 1883.

Carttar the coroner died of heart problems in 1880.

Princess Alice, herself, the third daughter of Queen Victoria, died of diphtheria on November 6th 1878 the day the Board to Trade enquiry reported.

The tragedy shook the riverboat trade and some say it never recovered. 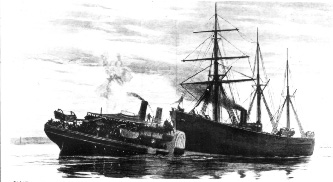